The Nexus of eCommerce and Fintech with Ramp’s Karim Atiyeh

5
min read
Got it! We're glad to have you apart of the family
Hmm, something when wrong 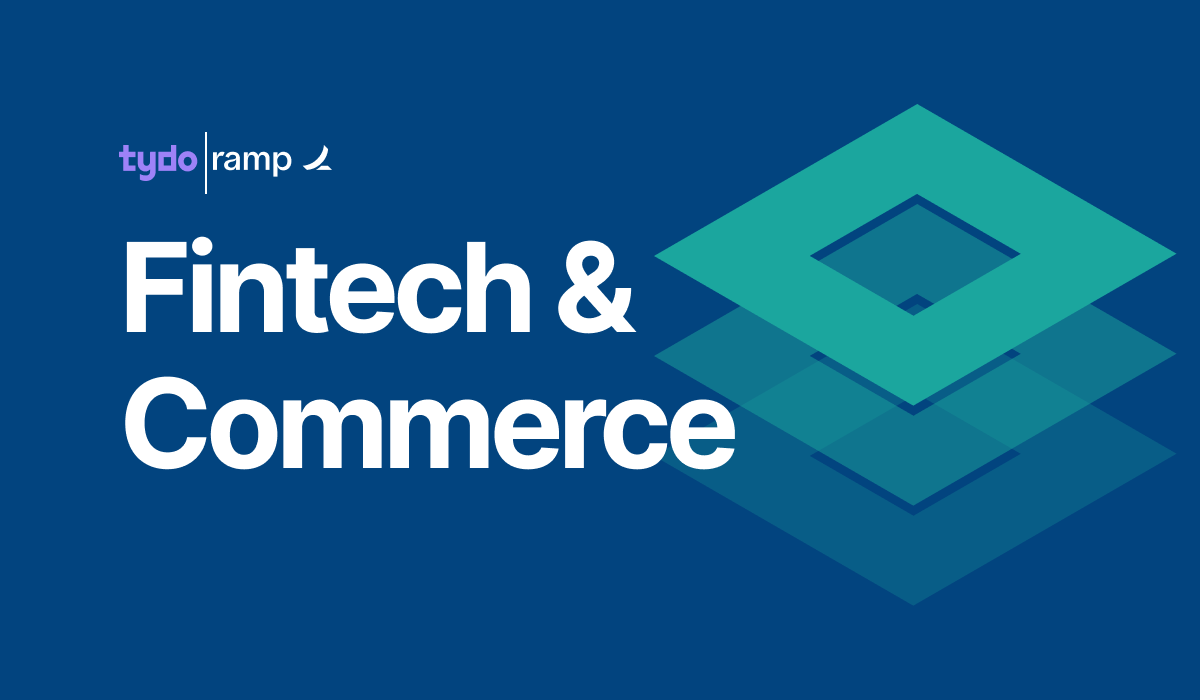 The Nexus of eCommerce and Fintech with Ramp’s Karim Atiyeh

Karim Atiyeh is the co-founder and CTO of Ramp, a New York-based corporate card and finance automation platform uniquely designed to help scaling startups spend less and save more.

Ramp recently closed a $300M Series C at a $3.9B valuation led by Founders Fund with notable participation from Stripe, Thrive, Redpoint, Coatue, Spark, and Lux Capital, among others.

In part two of our conversation, Karim shares his experience building at the intersection of fintech and eCommerce, the role of data in underwriting, and his personal DTC diligence criteria.

Say you're playing a game where you flip a coin. Imagine you flip heads, you get $1,000. You flip tails, you lose $1,000. In Karim’s words, this is a classic example of a symmetric bet. You have a 50% chance of winning or losing and as a result, your payoffs are identical.

Imagine you're playing a new game where you flip a coin, but if you win you get $10,000 and if you lose you’re out $1,000. Now you’re playing an asymmetric game. The odds of winning or losing are the same, but the magnitude of the outcome in the case you win is a lot bigger.

The best startups optimize for asymmetric outcomes by leveraging their scarcest asset: time. If your scarcest resource is time, Karim notes that you can only make a limited number of bets. Put simply, you can’t play the game forever as your time will run out. So, he recommends only playing games where the difference in the magnitude of outcome is as large as possible.

While asymmetric games are inherently riskier, and you might lose 9 times out of 10, there’s an off chance that you win and hit outsized growth curves. For a new company just starting out, it’s critical that you actively avoid the safe approaches to growth. Rather, in Karim’s words, if you try some crazy things and make big bets, you might just find a path towards escape velocity.

“Every company starts off behind, but it's your rate of improvement and its derivative that ultimately determine where you end up.”

The Collision of Commerce & Fintech

As a founder at the nexus of commerce and fintech, Karim deeply understands how the two realms have begun to intersect. He immediately points out that the way software gets bought in companies has changed. Previously, it was seen as a cost and the decision-making was highly centralized. All of a sudden, enterprise software is seen as an enabler for business growth.

In Karim’s words, the majority of legacy tools for both consumers and enterprise teams offered terrible interface design and brutal user experiences across the board. In one example, he notes that antiquated fintech platforms like Expensify force customers through onboarding with a 30 minute video explanation about how to submit basic expense reports. As an analogy, imagine if after signing up for Instagram you were forced to watch a 30 minute video about how to use it.

In the commerce ecosystem, both eCom brands and consumer apps offer wildly improved user experiences. Every product or tool that consumers interact with in their personal lives has been upgraded with slick UI and fluid end-to-end onboarding. As a result, consumers are beginning to expect the same elevated experiences in their professional lives. In turn, fintech and enterprise applications have been forced to play catch up and radically upgrade their offerings.

“Consumers have access to insanely well-designed interfaces across their personal products. Now, they’re increasingly expecting the same level of design and interface experiences in fintech and enterprise platforms.”

At Ramp, Karim is deeply involved in defining the platform’s core underwriting metrics. For the most part, he points out that equity investors are fundamentally different from credit lenders in that they have a significantly higher tolerance for risk.

Venture investors in particular are typically attempting to understand whether their return can be 100x or 1000x when they make an investment. Put simply, they’re a lot more interested in the potential massive upside than they are in protecting themselves from downsides.

On the other hand, credit investors are thinking a lot more about limiting downside by not losing money. They protect their downsides in many ways: contracts, collateral, ability to collect, being the first to get paid, etc. Credit is less expensive, but they’re not looking for as much yield.

From a credit lens, Karim’s team has begun exploring their ability to leverage alternative data sets that can give their underwriting model an early sense of the potential of a company to grow, e.g. extracting live, real-time data that wasn't previously available to banks.

By having multiple products, Ramp is able to not only understand the amount of money spent by a company, but also know exactly what it was spent on via receipts. By leveraging usage data from companies, Karim’s team can in turn build a better understanding of a client’s business over time so they can underwrite them better as they grow and deepen their usage of Ramp.

“At Ramp, we’ve been able to extend credit to significantly more companies because our platform goes far beyond traditional data analysis.”

Investing in Consumer vs. Enterprise

As a B2B founder and a consumer angel investor, Karim notes some of the differences he’s observed between building and going to market with a consumer vs. enterprise venture.

First, he points out that B2B consumers are inherently stickier, yet B2B startups must excel across multiple siloes like sales, product, and finance divisions. Meanwhile, DTC consumer brands can often get away with being the category leader in their vertical despite only excelling in a single function or point of expertise.

Similarly, B2B companies typically need to activate every acquisition channel at their disposal that is relevant to their target audience, while consumer brands can master only one channel, like Instagram or partnerships, and still reach a high degree of success in user acquisition.

One particularly notable shift across the two business models is the prevalence of strong user interface and experience design. DTC has essentially never been permitted to deliver a poor UX experience because consumers will easily churn and migrate to the next similar brand.

Meanwhile, in B2B, companies could historically provide underdeveloped, unfriendly UX to clients once they signed a contract. However, with the recent rise of a new generation of B2B businesses, well-developed, consumer-grade UI and UX are critical to differentiate oneself from competitors and retain clients over a long-term time horizon.

“A lot of the B2B sector has been forced to catch up. They can’t peddle outdated, clunky software and interfaces to customers anymore.”

As an investor, the most successful consumer brands Karim has invested in share a handful of traits. First, they approach growth as a science. This requires concentrated resources, such as analysts and engineers who are embedded into growth and marketing teams on a daily basis.

One example he shares is Ro, a unicorn telehealth company that’s applied a scientific approach to growth by running countless experiments and iterations as quickly as possible. Then, they’ve scaled the experiments and products that perform well while continuing to monitor metrics.

Second, Karim prefers to invest based on founders, particularly those that can teach him as much as he teaches them. Regarding quantitative diligence, three metrics catch Karim’s eye.

One, Karim looks for companies that can break even on their first transaction, which facilitates more runway and room to experiment. Two, he likes DTC brands that are able to generate repeat customers (and revenue) from that first purchase. Three, he prioritizes an effective referral program where customers essentially will sell your product for you.

“At the start, experimentation and speed of iteration are crucial. With every single successful DTC company I’ve seen, they’ve been able to figure out what works and then scale those things very quickly.” 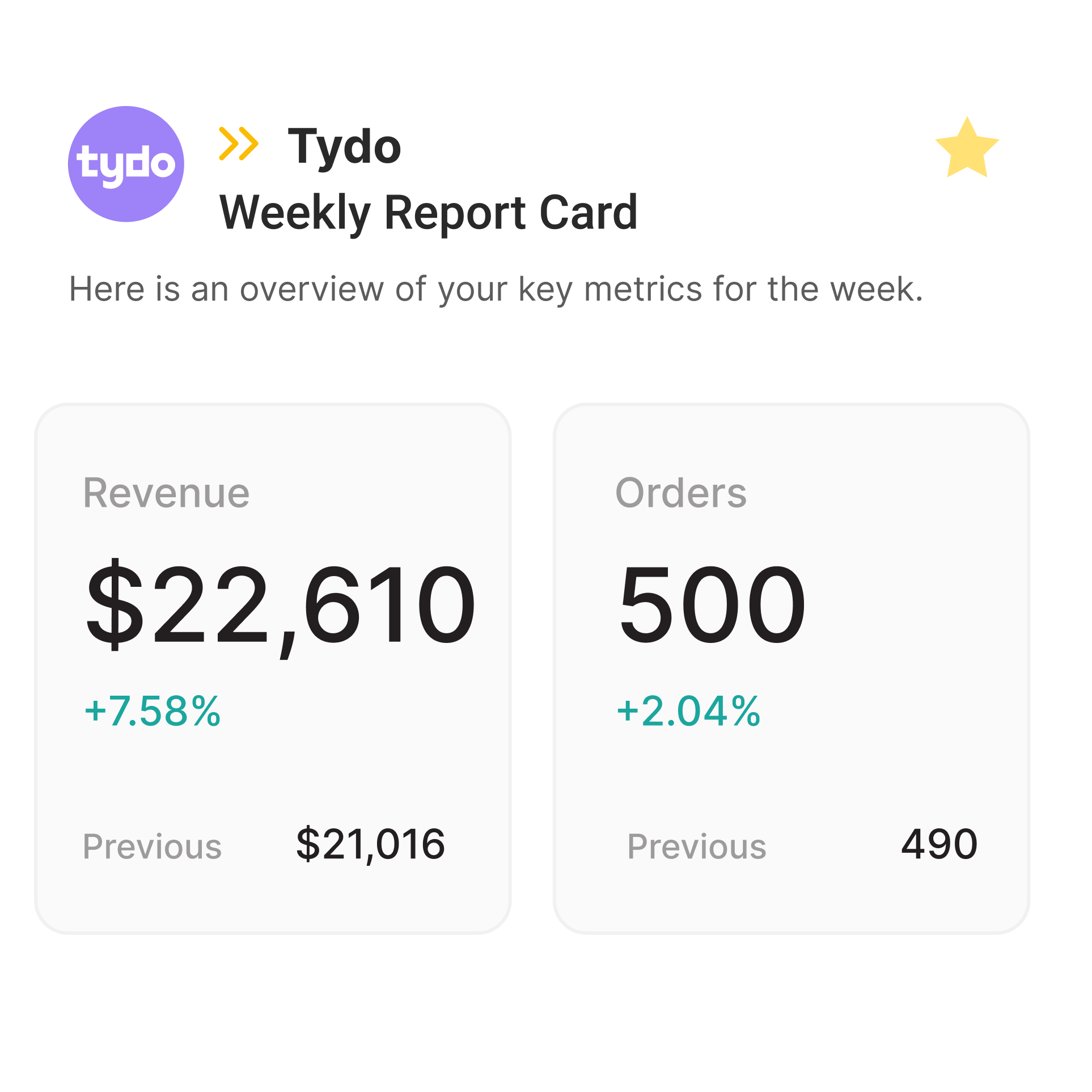 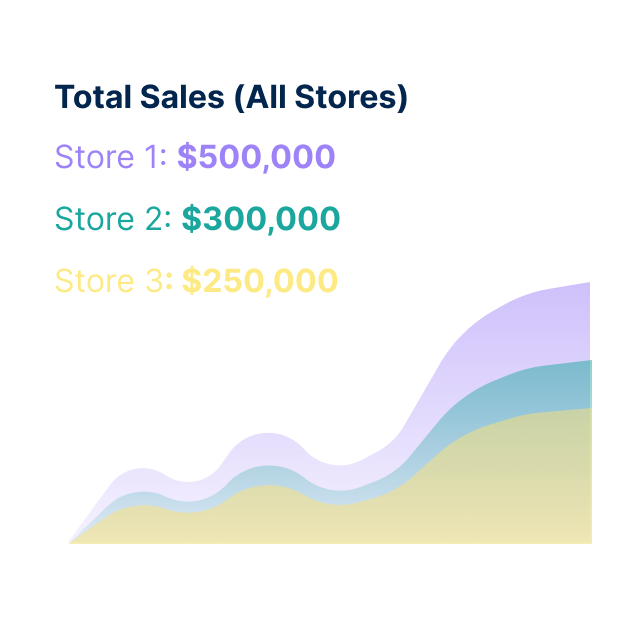 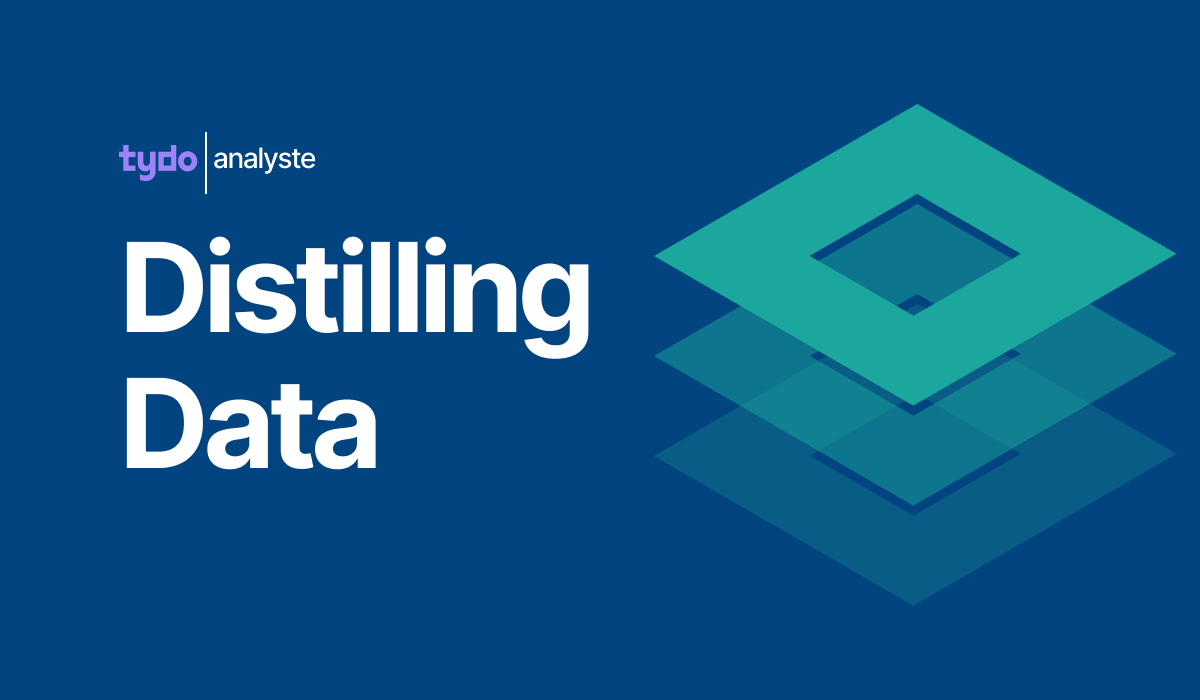 Streamlined Metrics, Data Pipelines, and Sources of Truth with Analyste 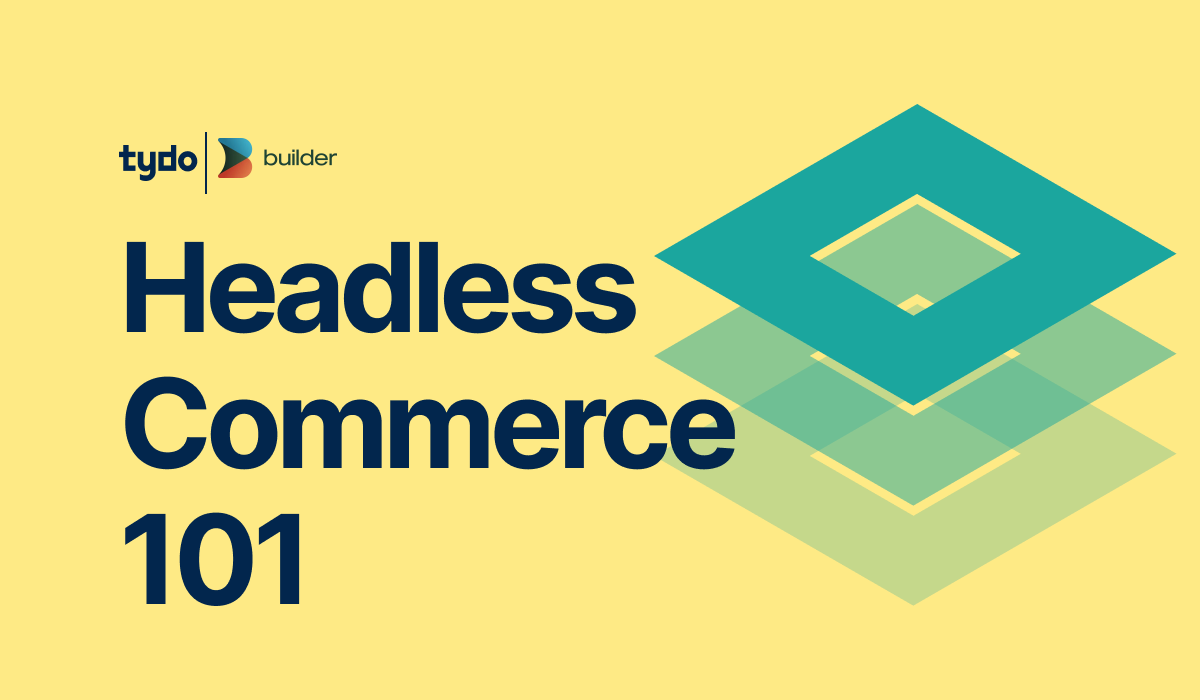 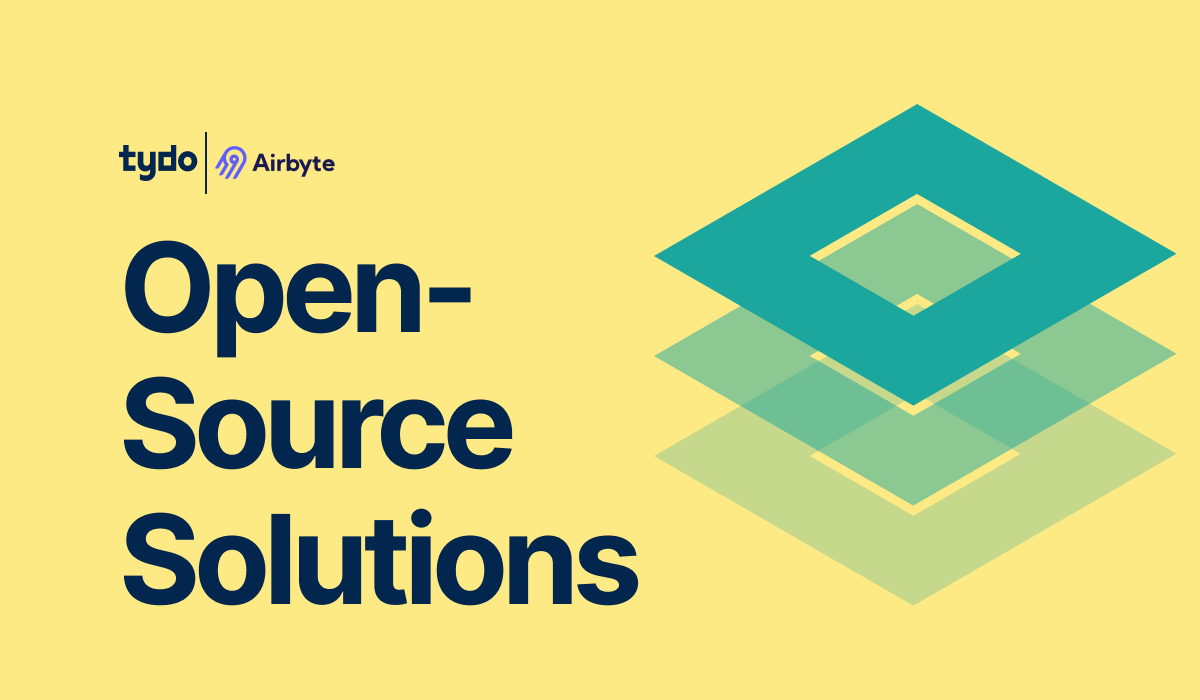